A lifelong Connecticut resident born in Bridgeport; Jay Levin first became interested in politics as a freshman at Connecticut College in New London. Later, as a law student at the University of Connecticut School of Law, he worked on issues as far ranging as changes in juvenile justice laws, protecting privacy rights in the nascent age of the computer, and analyzing the success of pre-paid legal plans. Jay stayed active in New London City politics, running campaigns for City Council including the first African American elected to the New London City Council, Ernest Kydd, and the subsequent first African American Mayor of New London, Leo Jackson. He also worked with politicians of both parties to bring to fruition the successful Shaw’s Cove marina and redevelopment.  Jay also served as manager of Christopher Dodd’s campaign for U.S. Congress in 1976.

Next, Jay was appointed the first full-time Deputy Assistant State’s Attorney in New London County. At that time prosecutors were not permitted to participate in political activity, so Levin threw himself into charitable and eleemosynary needs of the Greater New London Community including the boards of the New London County Day School, and Big Brothers and Big Sisters which he ultimately chaired. He also served for many years as the legal counsel to the Connecticut College Alumni Association, as well as presiding Justice for the New London Lodge of Elks. Levin also became Chair of Zoning Board of Appeals, Chair of Charter Revision Commission that created New London’s Planning & Zoning, Water & Water Pollution Authority and Ethics Commission. He became deeply involved in charitable giving for the local New London Jewish Federation, becoming Chair of its fundraising efforts and President of the Federation. Levin also was selected to serve as the first member from New London of the Young Leadership Cabinet of the United Jewish Appeal.

Jay Levin left the State’s Attorney’s office in 1980 and joined the firm of Dupont & Tobin, LLC. Handling a wide range of matters in the general practice of law from business formation to wills and probate, he focused on matters of concern to working families from workers compensation to civil and criminal litigation. Encouraged by his partners, he entered back into politics as a candidate having previously run campaigns and served for many years as a State Representative from New London.  Levin also served as Mayor of New London in 1984-85.

Although he worked on matters focused on citizens’ issues in Southeastern CT, some of his proudest moments were being able to lay the groundwork for successful and ongoing development of New London’s downtown waterfront, lobbying on behalf of residents living with disabilities for automatic doors at shopping malls, and advocating for the law that increased the time to file claims for asbestos related disease. He also worked on bills that modernized laws regarding succession of heirs by achieving legislative acceptance of the” Uniform State Rule Against Perpetuities” and enabling litigators to assign specific claims of money damages to their injured clients’ cases.

As Chair of the Program, Review and Investigations Committee of the General Assembly (in addition to service on the Finance, Review & Bonding, Judiciary and Transportation Committees) Levin was able to work with legislators of both parties and the O’Neill Administration to construct a management system for the State’s criminal justice system that is still in place 29 years later.  In addition, the committee tackled binding arbitration for teachers and many other matters of significant areas of government reform. Levin was Chair of the State Law Revision Committee for ten years.

After narrowly losing the nomination for Attorney General to Richard Blumenthal, Levin founded a government relations practice in his New London law firm (then Tobin, Levin, Carberry & O’Malley and now TCORS). He then took that practice to Pullman & Comley, LLC in Bridgeport and in 1999 formed Levin, Powers & Brennan, LLC in Hartford.

Jay Levin has once more returned his government relations practice to New London at the offices of Suisman Shapiro Attorneys-at-Law where he serves as Of Counsel.  Also returning with him are the principal clients of his lobbying practice today. 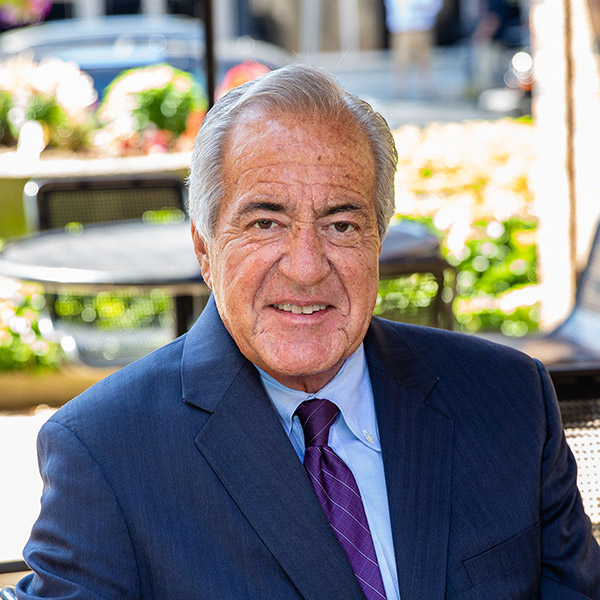